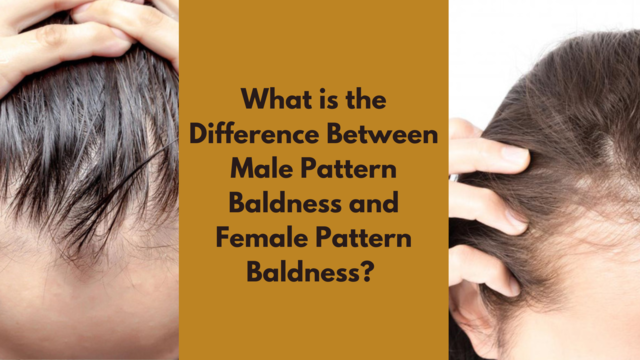 Don’t you know anything about male or female pattern baldness? Or is the amount of information you’ve isn’t enough to place both in the separate boxes? Whatever might be the case, finding the most appropriate answers is crucial, and that’s precisely what I intend to bring with the following write-up.

Male Pattern Baldness: What Is It All About?

As per the industry experts, while they are still in their early twenties, men are more likely to acquire the male pattern baldness issue. It might sound a bit surprising, but it is a fact. Now talking about the reasons behind it, there can be many. To mention a few, we’ve got:

The condition, male pattern baldness, tends to show its effects, which is prominently thinning hair strands in areas like the temples. Alongside side that, the middle of the scalp also encounters a similar issue. It is worth noting that the rate at which the hairline actually recedes backward and eventually widens the forehead varies from one man to the other.

Any male suffering from the pattern baldness issue can go entirely bald in just ten or twenty years, provided the individuals fail to adopt necessary measures.

Female Pattern Baldness; What Is It All About?

Considering the views of industry experts on female pattern baldness, women in their mid-fifties or sixties are more likely to develop this issue. In such a scenario, the concerned woman patient (with female pattern baldness or hair loss disorder) starts losing hair from the middle of their scalp. It is the reason they start noticing thinning of hair around that area. In other words, hair sitting in this region will emerge as sparser and more refined than ever before. Things get worse when the hair starts shredding to almost nil.

Until this point, you might have understood that, unlike male pattern baldness, most women suffering from female pattern baldness rarely lose the hair from the primary hairline section. Instead, the hair follicles in the middle area will face the consequences. Also, the scalp will entirely stop producing new hair, thus leading to eventual baldness.

Whether you’re concerned about male or female pattern baldness, two things that sit pretty common in both are that both are annoying and come with similar symptoms. However, it is worth keeping in mind that although the symptoms are equal, the area under trouble isn’t. In other words, when you’ll walk through the male or female pattern baldness symptoms below, you should remember that the concerned area is different in both cases.